Excessive air leakage in our buildings is a problem

Moisture is in the air moving through the walls or roofs of our homes and other buildings. This water can be deposited in the building fabric, often giving rise to major damage and shortening a building’s life

Contractually the most common immediate impact of poor airtightness is that all new buildings, and many refurbishment projects, include a specification that must be met – because of the above issues.  Failing to achieve the airtightness target, however described, means that the contractor will typically be liable to carry out improvement works to deal with the air leakage issues. Usually, they will also have to pay for extra airtightness testing, and may be on the hook for additional costs due to delays.

Airtightness shows quality in a building. Airtightness makes ventilation/heating systems work properly whilst improving insulation's effectiveness. This helps with reducing our fuel bills and increases health & comfort through the elimination of mould and condensation. 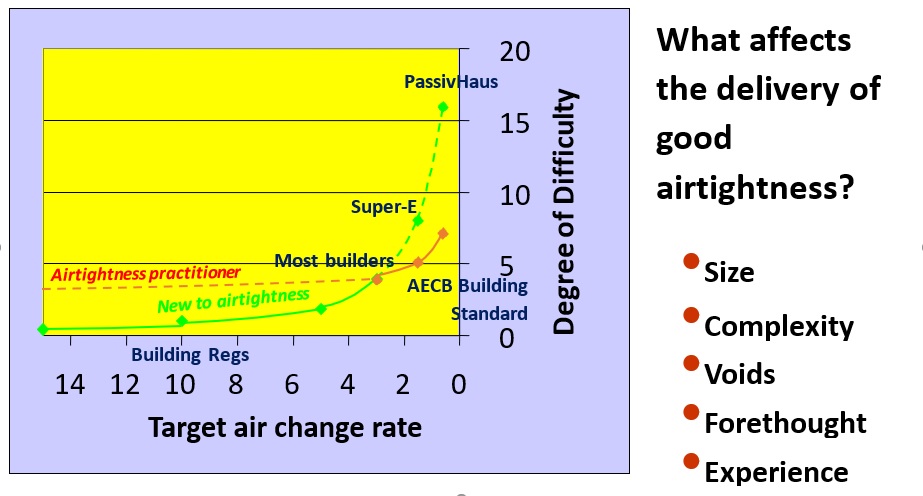 How do we measure airtightness?

We measure airtightness by temporarily mounting a calibrated fan in a window or door opening.  We then take a series of readings of imposed pressure differential against the airflow generated by the fan - which is a function of (a) how big the building is and (b) how airtight (or otherwise) the building is. 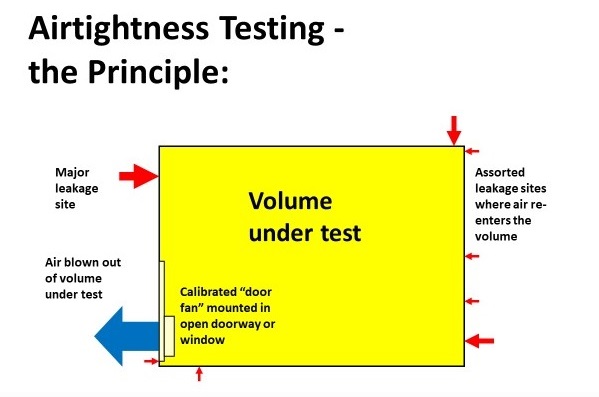 What standards are applied for airtightness?

Airtightness testing in the UK is governed by ATTMA, the Air Tightness Testing and Measurement Association. This is part of BCTA, the Building Compliance Testers Association.

What equipment is used in airtightness testing?

When carrying out airtightness testing, we use the following;

How do I oversee or witness an airtightness test?

For an airtightness test to be valid, several conditions must be met;

Considering these conditions in turn:

Zero-flow pressures: This is the pressure differential between the inside of the volume under test and the external environment, before the airtightness test fan or fans are operated. This must be no more than 5 Pa, either +ve (pressurisation) or -ve (depressurisation).

Readiness for Testing: Whether the building is ready to test can be a complex assessment, and fundamentally depends upon the type of test being carried out and the standard being applied.  This is discussed further in a separate document.

Key Risks associated with airtightness include:

Failing the airtightness test.  The most common problem for a contractor or designer.  Likely to mean extra sealing works for the contractor, possibly even design issues needing consideration (e.g. discovering that dot-and-dab plasterboard finishes cannot deliver the specified airtightness).

Poor airtightness.  This usually means that the property under test is too leaky.  But at the other end of the spectrum, ventilation can prove inadequate as the airtightness is improved. This can give rise to condensation and mould, with damaging health impacts.

For many years we have applied the slogan:

These days, we try to avoid adding pollutants within a building, from paints, carpets and coverings, furniture.  But the biggest issue is usually water.  Water in the air leaking through the fabric of our buildings is likely to condense en-route, leading to damaging moisture in walls and roof spaces.  This can cause long-term damage to our buildings, as shown below. 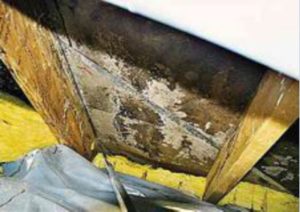 Where do buildings leak?

Our homes and other buildings leak in a wide variety of places. Some are obvious (like windows that don't close properly), others are hidden behind skirting boards, in lofts or hollow floor spaces. Below is a distillation of over 30 years experience finding air leakage. 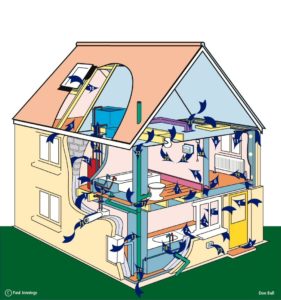 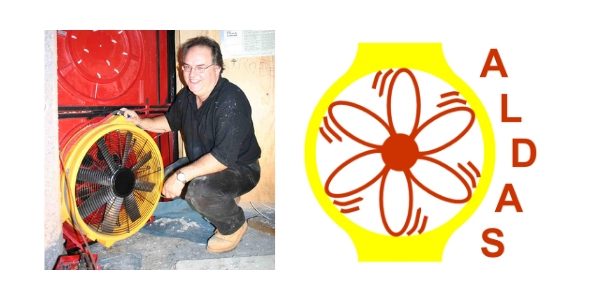 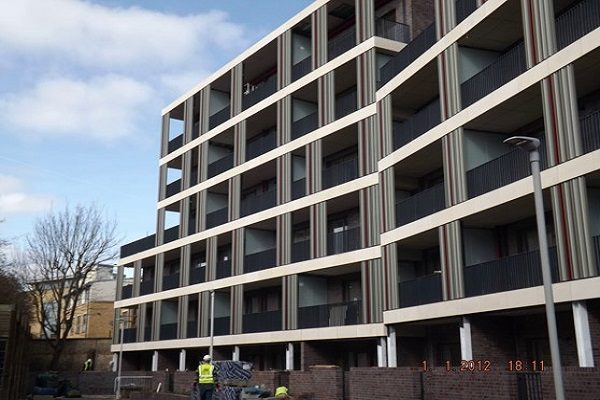 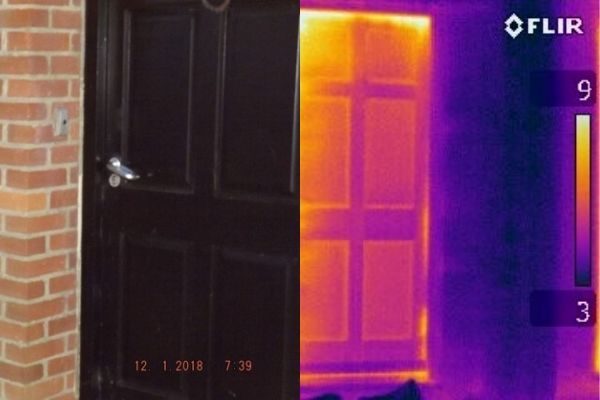 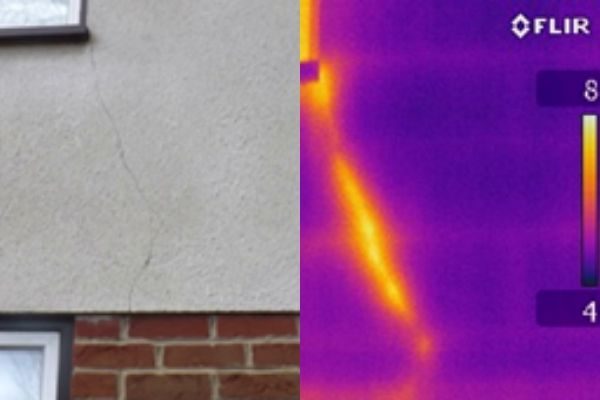 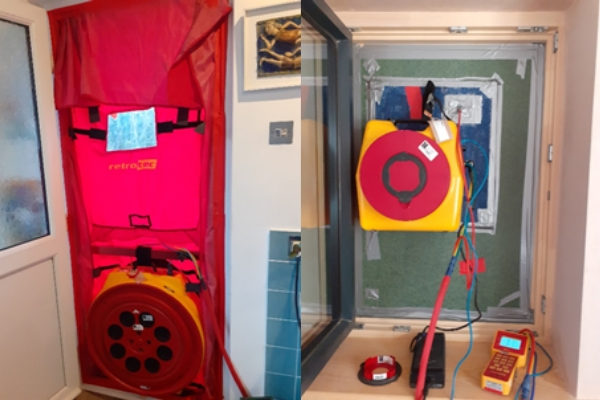 Large fan: depressurising an existing house during investigations.Small fan: in a window board during acceptance testing for PH 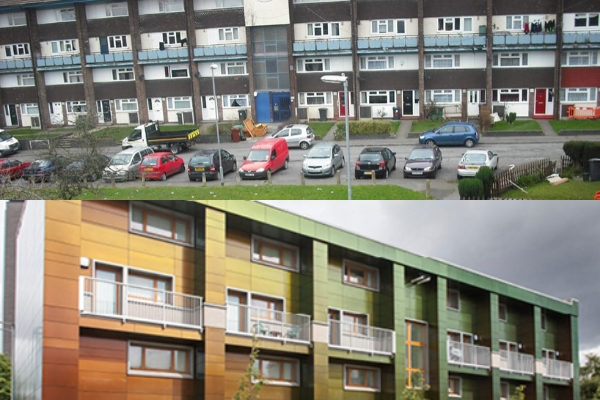 Erneley Close in South Manchester. The UKs most successful EnerPHit project to date.

A collection of airtightness articles from the AECB knowledgebase

Find out more about the AECB's Building Standard

Learn how to deliver comfortable, healthy buildings with excellent airtightness and energy performance with the AECB's online course 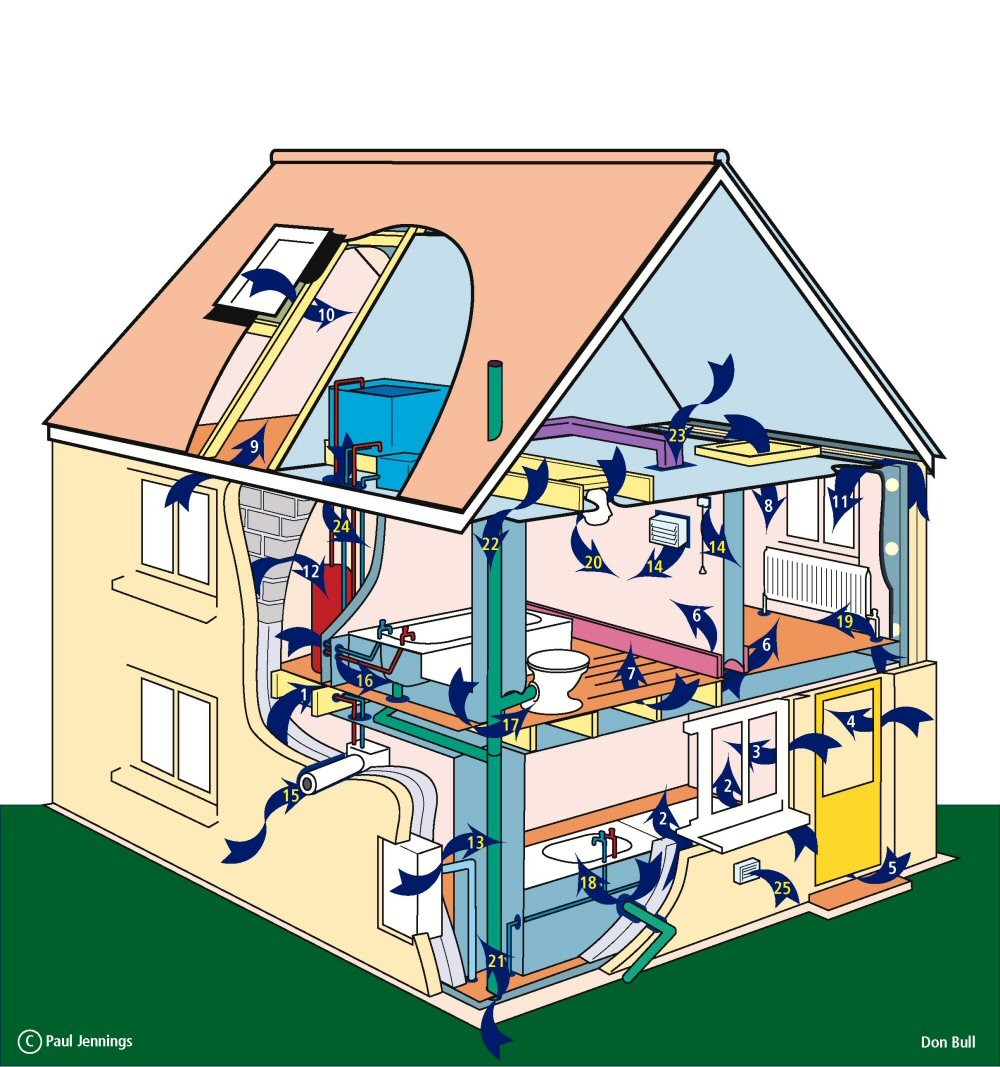