We follow AECB member Ben Adam Smith throughout his self build with his series of ongoing vlogs.  You can watch the vlogs below and subscribe to be notified of future ones but first find out how Ben came to start his self build: 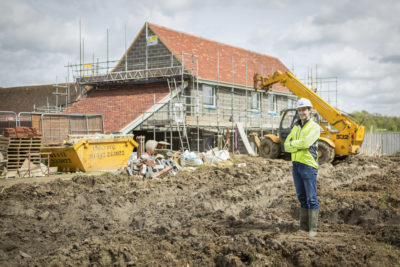 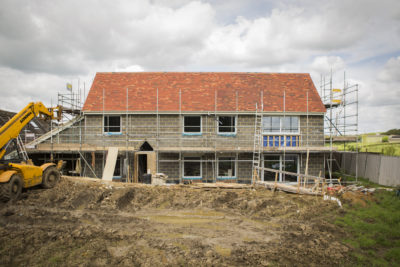 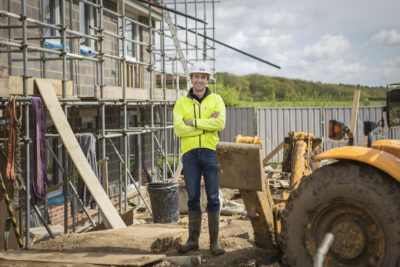 “I started researching my self-build in 2012 and quite early on in the process I got a tip-off about the AECB. I remember attending my first conference at Goldsmiths and being impressed by the depth of knowledge and the calibre of people.

Finding land was the major hurdle of my project. It took the best part of two and a half years. And really the piece of land we bought was our last chance! We’d put in bids on other plots and lost out, so we were at a fork in the road. With an expanding family we either needed to make this happen or buy a bigger house (and shelve our plans for a little while).

The plot was interesting as it had a mysterious link to the past: it would have been part of my ancestor’s farm. What’s more he had built his own house, which we can see on the brow of the hill from our plot. Perfect.

Choosing an architecture firm was relatively straightforward because I’d met and got to know all the Passivhaus specialists at various AECB conferences, so I could quickly put together a shortlist.

Parsons + Whittley was appointed. Although we wanted a certified Passivhaus I was quite flexible with what that might look like. My wife Kay, on the other hand, wanted something traditional. What’s interesting is I’d say we’ve got a contemporary home, albeit with traditional form and traditional materials (lime render, clay tiles, etc.). 2018 has been the year of our build. With so much dreaming and then planning, it’s surreal to be at this stage finally.

Anyway I’ve been vlogging through the process and will be adding more videos throughout the year.”