Job losses in the insulation and related industries continue to mount. Because of the disparate nature of these industries, and in particular its delivery agents, precise figures are difficult to establish, even by the relevant trade associations.

A new survey launched on the back of the Government’s controversial feed-in tariff (FiT) consultation has found that 70% of solar installers are concerned that the anticipated cuts to subsidies – set to be confirmed this autumn – could cripple their financial stability. The survey, conducted by the NAPIT Trade Association, which represents tradespeople and installers within that part the building services sector, also found that almost three quarters of businesses (72%), would leave the solar PV sector if the FiT cuts go ahead, while 80% of participants believe that the subsidy changes would reduce annual installation capacity by up to four-fifths.

These cuts in solar installations are mostly anticipatory. But for those involved with refurbishment of the housing fabric, particularly via better insulation, an enormous amount of damage has already been recorded.

The simultaneous collapse in October of the Leicester-based insulation and solar installers the Mark Group, together with the community energy specialists Climate Energy Services of Witham, Essex, even made the national BBC news, affecting as it did over 1,600 jobs. In Swansea, the high profile Nationwide Energy Services Company – featured as part of the BBC documentary series “The Call Centre” with its iconoclastic head Neville Wilshire– has entered receivership. Even SIG, the mammoth public company based in Sheffield which has dominated many parts of the market for 30 years, sold off its loss-making subsidiary Miller Pattison – at one stage the country’s biggest installer of cavity wall insulation – to HelpLink of Hull for a token sum.

Precise figures relating to lost manufacturing jobs are even more elusive, with the potential remaining for exports to the rest of Europe (and even beyond) compensating for lost UK sales. But its Danish parent did publicly report heavy £multi-million losses at Rockwool UK. This company has long been one of the top three insulation manufacturers in the UK.

Within days of the 2015 general election, one of Dundee’s biggest employers, Sustainable Energy Scotland, folded. It had installed energy saving measures into Scottish households. Its MD Callum Milne said this occurred because “ECO prices are crashing to an all-time low, putting companies such as ours in a position that we cannot trade profitably.” He warned that his was “one of a number of companies forced into this position by … market volatility. “

Some other examples: NWS of Barnsley has been placed into insolvency. One of the most active Green Deal promoters, it was projecting in October 2014 to have expanded from 180 to 380 employees by now. Last summer 600 jobs went at Domestic and General Insulation, which ceased all activity in this area.

In their published financial annual results last year Carillion, a FTSE100 company, reported that they has lost £43m and cut 1,000 jobs from their energy services division, due to far lower than expected demand.

For instance, that division had been appointed by England’s largest local authority, Birmingham, to run its ambitious Green Deal Energy Savers project. This project was based upon “nationally based assumptions” about the development of the Green Deal market. “With the Government constantly moving the goalposts there was absolutely no chance anyone could have hit the final target of 60,000 homes and 1,000 non-domestic buildings across the city at no net cost to the council,” Birmingham’s lead councilor for sustainability, Lisa Trickett said. In practice, the number of Birmingham households recruited into Green Deal Finance can be counted in the few hundreds.

Former Conservative energy Minister Greg (now Lord Barker) had billed the Green Deal as the “biggest home improvement programme since the Second World War” when it was launched in 2013. It offered households low-interest loans that could be used to make energy efficiency improvements. The loan would be repaid using the resulting savings on utility bills.

However, the Department for Energy & Climate Change announced in July that it stop funding for the Green Deal Finance Company, the body that issued the loans, due to low take-up. It also ditched the Green Home Improvement Fund, which allows householders to reclaim up to £1,250 on the cost of installing energy-saving features.

Early in 2014 the Association for the Conservation of Energy, of which I am now the Hon President, estimated that the deliberate collapse of the Energy Company Obligation programme, the sole casualty of PM David Cameron’s war against “green crap”, would result in 10,000 job losses and 7,500 new jobs forgone since 2012. In contrast, Government spokesmen continued predicting that there will be 35,000 people working in the insulation sector in 2016. This, if accurate, would require a near doubling of active personnel from today. Certainly it is a far cry from the heady days of 2010, when former energy secretary Chris Huhne was forecasting 100,000 people delivering home energy efficiency.

Sadly, that forecast seems to be proving accurate. Just since midsummer, around 2,000 green jobs have been lost across the UK’s insulation and energy efficiency industries, according to the National Insulation Association. It is blaming the void in domestic energy efficiency policies created by the government’s decision to reset a raft of green policies for the job losses.

The trade body also surveyed its members on employment levels in the wake of the government’s decision to suspend the issuing of financing packages through the Green Deal scheme, which came at the same time as a slowdown in building upgrades through the accompanying Energy Company Obligation (ECO) scheme.

Around 20 firms reported to the NIA in October that there had been nearly 2,000 further job losses in recent months, while also raising fears still more redundancies could be in the pipeline unless the government moves quickly to revive the market for energy efficiency improvements.

Neil Marshall, chief executive of the NIA, believes his figures could be an underestimate; some of the firms that failed to respond to the survey may be reluctant to divulge that job losses have occurred.

That revelation came just days after official government figures confirmed the number of insulation and energy-saving measures installed in households across the UK fell to a two and a half year low.

Industry insiders have long warned the ECO scheme, which requires energy companies to fund energy efficiency upgrades for vulnerable households, would see a slowdown in deployment well ahead of its scheduled close in 2017, as under the rules of ECO energy firms rushed to complete projects early that they could double count towards the scheme’s emission reduction targets.

All in all, those involved with trying to energy upgrade existing homes have been- and continue to be – operating in a marketplace, drastically reducing in size. This is even though the housing stock is acknowledged to be amongst the least efficient in Europe.

With the news that the number of new homes built in 2015 Q3 was actually even lower than in Q2014, it is becoming more and more difficult to paint a particularly rosy employment picture for an environmentally conscious building stock. 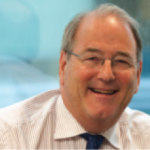 The Soapbox slot is open to members and guest contributors with a message they want to get across to fellow members and to the wider sustainable building world – the AECB website has at least 30,000 people viewing it every year.   If you’ve got an important point to make, email gill@aecb.net explaining what you want to say and why. Soapboxes are around 800 words long – all you will need to supply is the words, and your picture.