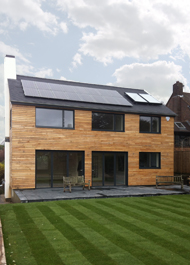 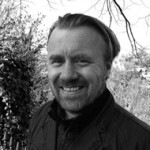 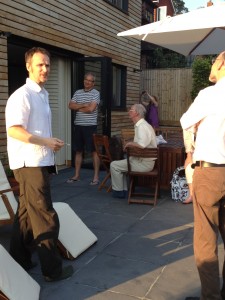 UPDATE from Ian McKay of BBM Architects:  This scheme has been post assessed as having a staggeringly low carbon footprint of around 7kgCO2/m2/annum based on the ‘as constructed’ IES modelling. The existing dwelling was modelled to have had 56.82kgCO2/m2/annum and the target performance was 11.92kgCO2/m2/annum. The main difference was the higher u-value achieved with the PUR insulation over the originally intended timber fibre insulation.

BBM are long standing AECB members.  The following is from their website (which is worth a visit to see some of their other projects)

“BBM is always keen to share its passion and expertise with as broad an audience as possible. The two directors have led courses on sustainable development at two universities in London and Brighton, contributed to conferences and symposia and have written articles for newspapers and journals which have been published throughout Europe. BBM has also created design workshops for primary and secondary schools and as the architects behind Europe’s first carbon neutral pre-fabricated house – The House That Kevin Built hosted by Kevin McCloud for Channel  4  BBM were  able  to  explore  the benefits and costs of low energy design with thousands of visitors and television viewers. The breadth and quality of what the directors of BBM have achieved over the last two decades stem from a deeply felt commitment to create innovative architecture that is kind to the environment, cost effective and a pleasure to look at and live in.   It’s a commitment that everyone at BBM shares and one that is evident in every project the company undertakes – be it large or small.” 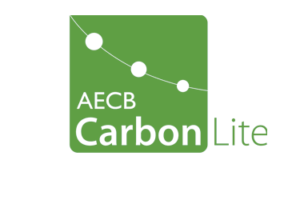