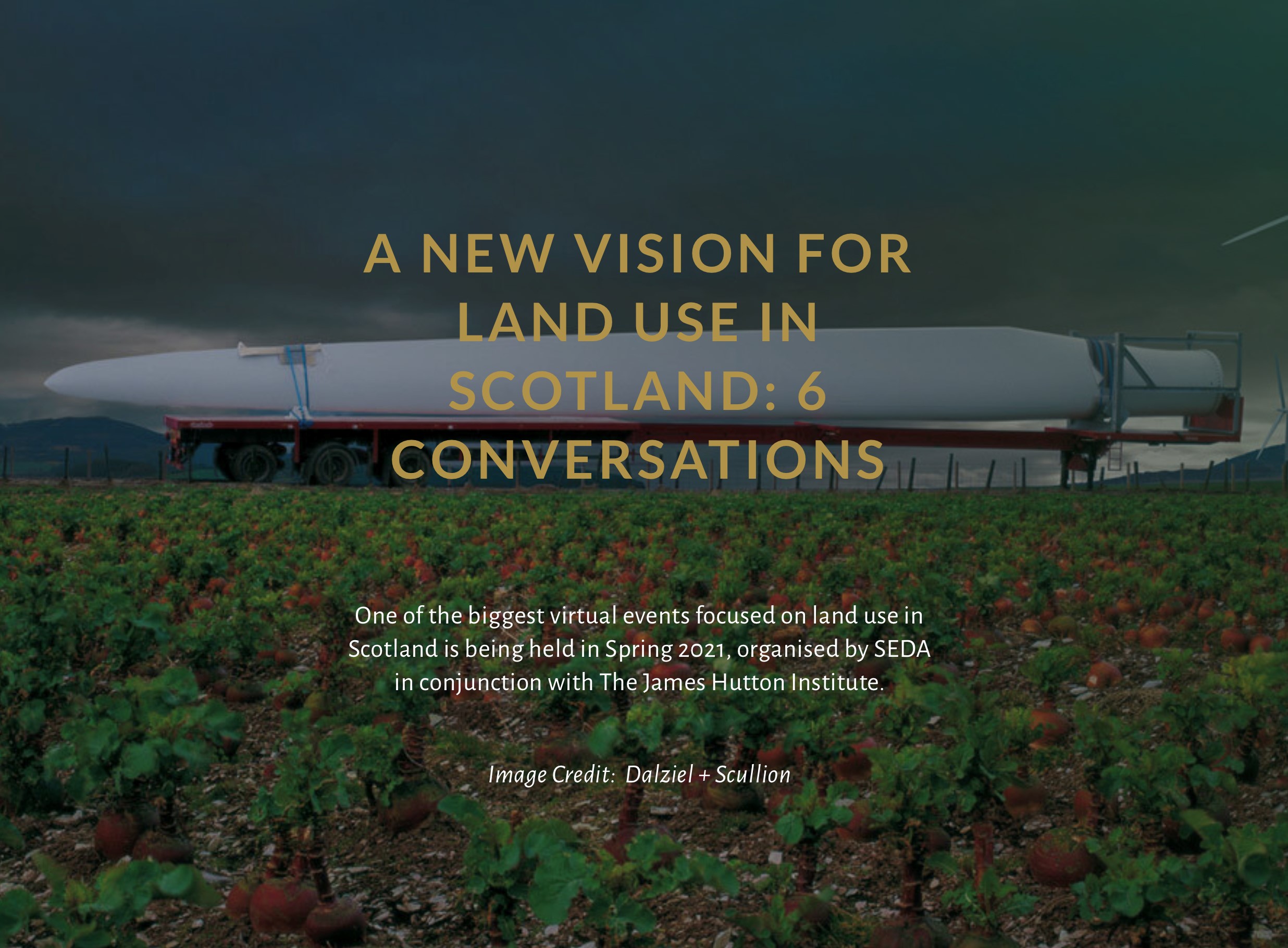 Over the course of six weeks, nearly 50 of the best-informed speakers on all aspects of rural land use will engage in six “conversations” — each focused on a different aspect of how land is used and how it could be better used, in Scotland. The speakers and session chairs will include scientists from the James Hutton Institute; academics from top Scottish universities; representatives from farming, forestry, renewable energy, tourism; and landowners.

The event, organised as a response to the climate emergency, the impossibility of Scotland meeting its net zero climate targets without radical change to its approach to land use, and the Covid-19 pandemic, will take the form of six “conversations”. Each will examine and explore Scotland’s land use and how this could or should change. The aim is to take a step back and look more holistically at topics such as biodiversity, health and well-being. A number of carefully curated contributions from Scotland-based poets and musicians, intended to stimulate fresh ways of thinking, will be interspersed throughout the conversations. 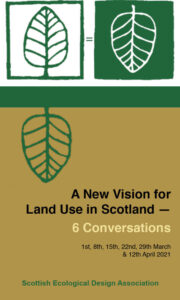 back to basics, analysing the evidence and discussing new ways of building bridges between different sectors, SEDA hopes the event will move the debate out of the silos of traditional entrenched positions, opening up new ways of thinking about land use.

One goal is to feed into the Scottish Government’s programme of creating Regional Land Use Frameworks by 2023 – a coherent programme of land reform to maximise the potential of Scotland’s land in tackling climate change. As importantly, the aim is to make connections between potentially competing future uses of the land, to see ways they can join up to have the maximum effect, to start discourse on how they can work together, and build a picture of what can be achieved and how this process can involve the wider population of the country, in changing the way the land is seen and used for the future.

6 CONVERSATIONS
The Conversations will take place on-line from 4-6pm, on every Monday throughout March, and conclude with a final Conversation in mid-April where we will discuss how a new vision can be one that can speak to people. Each event will consider a key issue on what we what the land to deliver, rather than focusing on sectors, or just conservation, or legal issues, and each will have speakers drawn from a range of relevant backgrounds: farmers, foresters, community groups, energy generators, landowners, managers, scientists, poets, artists and academics.

Each will be chaired by a person centrally involved in the particular strand of land research or management, and each will have a main speaker to give their view on the key issues in each topic. These ideas and issues will then be discussed by a carefully selected diverse panel from the different backgrounds all chosen for having new ideas that we think people will want to hear about. Importantly, they will then respond to questions submitted by those viewing audience. The key ideas from each event will be compiled, and will be formed into a report written by SEDA and the SRUC, and the discussions recorded, so that they form a reference for future co-operation and a source for future policy makers.