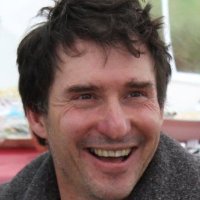 Neil cared deeply about people, places and buildings.  Through his energy, enthusiasm and intellectual rigour he made profound changes to our understanding of buildings as systems.  It is easy in the construction industry to maintain a narrow focus on technical matters, from energy efficiency to the role of moisture in buildings.  But Neil went far beyond this, caring deeply about people and what it is to be truly human.  His understanding of sustainability was both fully grounded in technical understanding of his subject, but ultimately and much more importantly, it was also grounded in what he took to be our true potential as human beings.

In his first forays in the early 90’s into the construction industry, as Principal of Neil May Builders and later as founder of NBT, Neil found like-minded people in the recently formed AECB.  Neil was one of its very first members, challenging the conventional view of buildings, looking for radical ways of making buildings work better, for people and for the planet and finding a forum to share his developing ideas.

Neil could never have been contained within one organisation.  The founding of what can only be described as a constellation of organisations, from the Good Homes Alliance through to the Institute for Moisture in Buildings has left a firm legacy from which we can all build for a more sustainable construction industry.  In 2010 the AECB established another organisation – the Passivhaus Trust – and Neil  was one of the founding Directors, playing a pivotal role in the Trust’s early years, before moving on, in helping to establish the solid organisation we have today.

Many of us working with buildings and sustainability have been touched professionally and personally by Neil.  What is striking is that memories are not about technical competence or even market transformation, but rather about him as a man.  In losing Neil, we have lost a mentor, a friend and an inspiring human being.  His challenging ideas, profound thinking and huge warmth will be deeply missed.