Green Building Store organised an AECB Pedalhaus cycling tour of four of its Passivhaus and low energy retrofit projects on Sunday 21 June 2015, the day after the AECB conference. Approximately 18 people took part in the day, including AECB members Paul Testa and Nidhi Shah and a number of self-builders, local cyclists and environmental campaigners. The Tour was led by Chris Herring, Green Building Store Director and former AECB Chair. 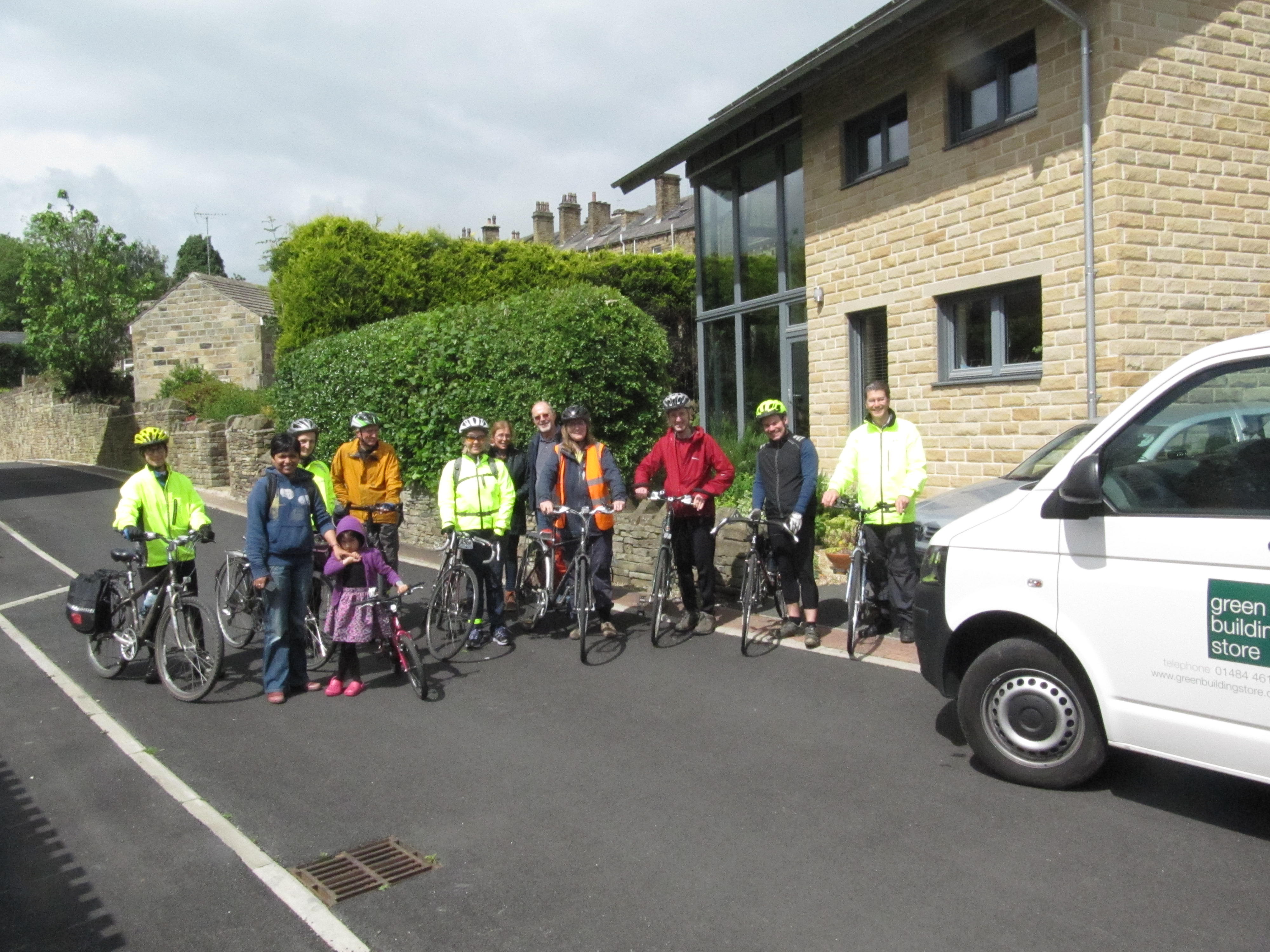 The cycle started at Denby Dale, Green Building Store’s first Passivhaus project, and ended at its most recent, the Golcar Passivhaus. In between the cyclists also visited the ongoing Cumberworth radical retrofit project and Stirley Farm EnerPHit project. The tour covered approximately 16 miles of very hilly terrain and the combination of Haus and Pedal seemed to work very well!