Neill Lewis has decided to retire as a Trustee this year.  Neill was one of the very first AECB members and has been on the AECB committee and latterly the Board from the very outset.  He has worked hard and been very committed to the AECB since the very early days.  Neill will remain a member and help with events and his local group. We thank Neill for all his hard work and ongoing support. 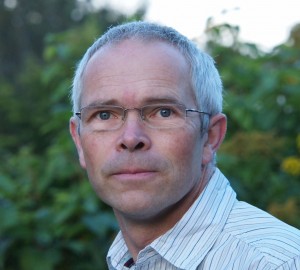 Nick Grant has decided not to re-stand as a Trustee this year. Nick was an early member of the AECB has been on the AECB committee for several years. .  He will remain an AECB member and on the Board of the Passivhaus Trust. We also thank Nick for all his hard work and ongoing support.

Mark Siddall and Philip Ian Newbould have been elected as new Trustees for the AECB.

Mark Siddall has been a member of the AECB since late 2006 and regional chair of the AECB North East Regional Group since 2008. He has also been a speaker at a number of AECB Conferences, a technical advisor to the AECB Carbon Lite programme and a regular contributor to Green Building magazine.

An architect with a no no-nonsense evidence based approach to design he has a deep seated interest in ecologically aware construction. As principal of LEAP, a low energy architectural practice that utilses a lovingly engineered architectural process, he offers architectural services and energy consultancy.

Mark is one of the pioneers that introduced the Passivhaus Standard to the UK and is regarded by Wolfgang Feist as “one of the UK’s most skilled and knowledgeable Passivhaus Architects.” Mark’s interest in the Passivhaus Standard first stemmed from his commitment to developing tools and techniques that would enable the building fabric to perform as predicted. In this respect his work is exemplified by the Racecourse Estate which Dr David Johnston of Leeds Metropolitan University considers to be “one of the very few developments where it has been shown that it is possible to ‘bridge the gap’ between predicted and measured performance of the building fabric.”

In addition to being an architect and energy consultant Mark is an educator and industry transformer. He has helped to co-author the Certified Passivhaus Designer course for the AECB’s CarbonLite Programme, lead masterclasses for the Passivhaus Trust, delivered CEPH training at the University of Strathclyde and, between 2011 and 2014, was a part-time lecturer at Northumbria University. He has also contributed to technical papers for the UK’s Passihaus Trust including the internationally recognised ‘What it means to claim the Passivhaus standard in the UK.’

As author of over 30 articles and papers on building performance and Passivhaus, Mark’s practice provides educational tools, information and ‘how to guides’ for people building and renovating in the North of England.

Philip Ian Newbold has extensive expertise in architectural design and project management. He is currently director of New Bold Design Limited, a consultancy specialising in accessible and sustainable building design and building conservation. He has spent over twenty five years specialising in special needs building design for people with disabilities. Over the last 5 years he has been studying and implementing sustainable building construction. He also has extensive experience in the conversion and restoration of Listed Buildings. He has designed and managed a wide variety of building projects in the public and private sectors up to a value of £4.5m

Philip qualified as a Certified European Passivhaus Consultant at the University of Strathclyde in 2011. He has been a member of the AECB since 2009 and a member of the Passivhaus Trust since 2011.  He has recently self-built his own non-certified passive house, combining his home and company office, to CfSH Level 5 (Band A) in a Conservation Area in the Upper Weardale AONB. Philip takes a keen interest in the practical, economic and political issues associated with new low-energy building and the retrofit market.

Philip was a Governor of Middlesbrough College for 12 years (1996-2008) during a period when the college moved from four campuses to a new £70m college. This provided him with considerable experience in the operation of committee structures.

Philip wrote a Soapbox Article for AECB – read it here