Andrew Farr has seen too many households crammed into such small spaces they are being cooked by their appliances – while others may be consuming little energy per square metre – but so many square metres! He argues that neither situation fully meets the Passivhaus ideals of comfort and low energy consumption.

This is not intended to be an academic paper where I qualify everything that I want to say by citing ten different studies. Instead I am going to write purely from personal experience, having worked in the building trades both in this country and Germany, and having in recent years the experience of working at both the social sector and ‘Grand Designs’ ends of the British building industry.

And incidentally, though I am totally serious in what I am saying, I also know that I am out on a limb, that Passivhaus is about energy not equality, people have freedom of choice (or at least think that they do), and that no amount of ranting from me will change either government policy or the nature of late stage ‘free market’ capitalism. But pre-amble over, what is the issue that I’m seeking to address?

Do you know what the best thing about the Code for Sustainable Homes giving brownie points for bicycle storage? At least people will have somewhere to store their possessions, because the size of houses built these days there sure as hell isn’t any space in the bedrooms.

How many social housing dwellings have I been into where if you put a bed into a bedroom, there is no space left for a cupboard? Master bedrooms sized so that if you put a normal double bed in the room so you can walk round it, there’s nowhere to put one let alone two wardrobes. Strangely and perversely, as people get taller, buildings get smaller — or at least they do at the bottom end of the housing market.[1]

When it comes to energy use, these tiny dwellings lead to a problem, not necessarily with getting the building’s energy demand low enough at peak cold in winter, but getting that same building to remain cool in summer.

I have revisited a few of the dwellings for which I’d designed the ventilation systems, after the tenants have moved in. What I find is that though the Passivhaus comfort criteria might be being achieved on paper (and it has to be said that building fabric is of a very high standard compared to some buildings I’ve seen), the occupancy is causing overheating. If you put two parents and three teenage children into 75m2 of living space, then the incidental heat loses due to cooking, large plasma television, body heat, a couple more computers / games consoles is too much for the dwelling size to cope with.

Let’s just briefly put some rough figures on this. Each person gives off around 100 Watts, and that is assuming they haven’t just come in hot from the gym. Each screen in the house gives off between 100 & 500 watts, and often there’s two or three screens on throughout the evening. A modern games console such as the latest Playstation gives off 250 watts, and most PCs more than 300 Watts – and I’ve not even started on the incidental heat losses from cooking, washing, electric kettles, ironing … the list goes on. So in my estimate I can easily see during the occupied time a steady 1kW of energy going into the dwelling.

Now I need to put this into the context of good quality low energy building. Let’s take Passivhaus as the benchmark. 75m2 of (treated) floor area will require approximately 750 Watts to maintain 20° Celsius at 0° outside air temperature. That means approximately 375 Watts at 10° outside temperature.  Is it any wonder that the biggest complaint that I get when I meet tenants is that they feel that they have a very low air quality? What they are actually saying is that their dwelling is getting too hot.

People regularly confuse air quality with air temperature, and confuse hot with stuffy – they tend to think that the all-singing (metaphorically not literally if it’s well designed!) all-dancing ventilation system is going to keep the building cool, and as they are hot, assume it can’t be working right.

Yet of course the ventilation systems are working fine: as I enter the dwelling the air smells fresh, my glasses don’t steam up with condensation, and I can breathe happily. In other words the heat recovery ventilation system is doing what it is meant to do, ventilate. The problem is too much heat in too small a space.

It is true that better communication with the occupants about ventilation basics might help them to manage their comfort a bit better. But while some small MVHR units have a ‘summer by-pass’ that offers a small amount of cooling, the emphasis there is on small, an absolute maximum of 650 Watts, but normally more like 200 Watts on the size of dwelling we’re talking about – nothing like as much as the gains.

But actually the issue is that people deserve better! I live in a 3-bed ex-council house built in the late 50’s, and it’s a positive palace compared to what’s being built now. I can’t reach the ceiling by at least six inches, whereas I can easily touch the ceiling in most social sector new builds. What’s the point of building large numbers of dwellings that provide such restricted space with rooms not fit for purpose, when for a relatively small added cost the extra half metre or metre on room dimensions would make all the difference?

Then by contrast there’s the other end of the ‘Passivhaus’ market. This is broadly speaking characterised by the late middle aged couple who have enjoyed many years of good income, bought into the housing market when houses were cheap, probably inherited from both sides, and are now in a position to build a ‘low energy’ mansion for the children and grand-kids to come and visit at Christmas. 400 m2 of living space for two people to live in for 95% of the time, maybe fully occupied for a week or two a year, often each of the bedrooms has more floor space than the entire kitchen-dining-living space of a social sector dwelling.

So what am I saying? In this country we need minimum and maximum floor areas as part of the Passivhaus comfort criteria, alongside the energy demand per square metre. This is in keeping with the ethos of Passivhaus, which is to create an energy modeling system to help provide cost effective low energy housing that would provide high comfort levels. Comfort is not just temperature but also the ability to house your possessions, have a little privacy, and be able to make a bed without having to rearrange the furniture to get at it.

I am very much in favor of Passivhaus building modeling being used for all buildings, but I am also in favour of the Passivhaus certification system putting some constraints on the worst excesses of building size in either direction.

Otherwise we are going to be building dwellings at one end of the market that are not fit for purpose due lack of room for comfort, and at the other end of the market we will be building houses certified under PH despite using several times as much energy per person, and the occupants need phones to talk to each other. 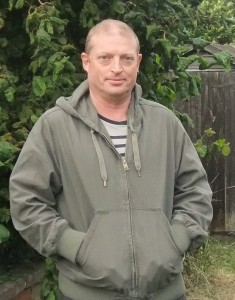 Andrew Farr has led a diverse career, starting out as a mechanic before moving to Germany and working in steel fabrication.  He has spent several years in general building work as well as studying sociology, putting on exhibitions, and making pre-cast concrete, before becoming invoved in the design and delivery of Passivhaus MVHR systems.

[1] According to CABE, (the Commission for Architecture and the Built Environment, now part of the Design Council) the average size of a room in a newly built dwelling in France, for example, is 26.9 square metres and in the UK it is 15.8 square metres. (http://www.designcouncil.org.uk/our-work/cabe/resources/cabe-publications/space-in-new-homes/)