Back in April we invited students and young professionals to apply for the Edward Walker Award in order to win a free place on our CarbonLite Retrofit Course. Candidates were asked to submit an essay on ‘How would undertaking CLR training help you to develop your career or business?’

Entries were judged on how well the candidates understood the context of CarbonLite Retrofit, how well they intended to use the material and how much impact the course could potentially have for them and the environment.

Due to the high standard of entries, it was decided to pick two winners and these were announced by Nidhi Shah, AECB Trustee, at the recent conference as Adam Harper and Helen Richards.

Helen has been involved in designing passive solar houses in New Zealand but has now returned to the UK where she is studying at CAT on their Msc Sustainability and Adaptation in the Built Environment programme. 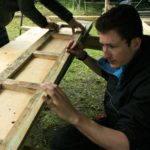 Adam shared his vision for refurbishment and retrofitting the UK’s existing homes in the context of health, energy security and climate change. He focused on the amount of homes in the UK which were built prior to the 1960’s which are draughty and lack substantial insulation. He is also concerned about damp leading to respiratory problems. Adam felt that with Government incentives to retrofit together with incentives for loans and retrofit training, millions of homes could be retrofitted to high standards to combat current problems. Adam says;

“I am currently a student at The Centre for Alternative Technology, however I am aiming to work in Design or Construction Management when I finish. In such a role a detailed knowledge of how to
retrofit to high standards, to anticipate problems and to overcome challenges would be invaluable. I would also aim to pass on the knowledge gained on the course to colleagues so they are aware of
retrofit best practice.” 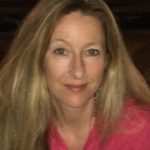 Helen talked about problems with the UK’s existing building stock and how there is no ‘one approach fits all’ solution. She also felt education, financial and other regulatory support by Government is essential for improvement schemes. Helen felt the CarbonLite Retrofit course would equip her well to be a part of this. Helen says;

“I do not see it is an unrealistic goal to insulate the bulk of our existing housing stock whether internally or externally, as long as the passage of moisture is understood (and as a general approach hydroscopic materials used) upgrade windows, existing boilers and encourage the installation of rooftop renewables! In a similar vein to previous years but with an increase in education across all sectors, and government support for this. I have no doubt that the AECB CarbonLite retrofit course would help me increase my knowledge in this critical area and would be most encouraged and honoured to receive such an award.”

Adam and Helen will join the next cohort of students on the 31st October to start the next course.

For more details about the CarbonLite Retrofit Course click here.

Edward (Eddy) Walker was one of the AECB’s first members and a long time supporter, leaving a legacy to the AECB when he died, sadly at the early age of 59, from prostrate cancer. It was at the age of 14 that he decided he wanted to be an architect. He studied at Liverpool University and North London Polytechnic, successfully qualifying in 1976. He then moved back to his beloved Leeds, setting up his own architecture practice. He worked mainly on buildings for the community, holding strong principles and a commitment to involving people in design. He worked mainly in Leeds, improving housing conditions and developing new community buildings, often doing so without charge. In 1978 he and a few colleagues set up ARCAID, one of a number of technical aid centres forming in many cities to work for community and voluntary organisations. He helped establish a national association (ACTAC) which he later chaired. Eddy was well respected by many radical architects who were not members of the RIBA, and was elected as an ‘unattached’ representative to the Architects Registration Council. Eddy listened carefully to people, researched thoroughly and always came up with appropriate and often innovative solutions. He set an example by being committed, hardworking and approachable, all very admirable qualities in an architect. He was a man with a quiet smile, a warm sense of humour, a calm and collaborative energy, and a great big heart.

As a result of a generous legacy Eddy left us to support the work of the AECB we can offer one free place each year on the AECB’s new CarbonLite Retrofit Course for the benefit of a student or young professional member of the AECB.